Paul Tudor Jones II is a legendary trader who predicted the 1987 market crash on the television series "Trader." He also predicted the current crash in a New York Times article in 2007, The Man Who Won as Others Lost, http://www.nytimes.com/2007/10/13/business/13speculate.html. His fund currently manages over $10 billion dollars. In the following Third Quarter 2009 Performance Review and Current Market Outlook, along with outlining where the market is and where Tudor Investment Corp is investing, he says the following:

I have never been a gold bug. It is just an asset that, like everything else in life, has its time and place. And now is that time. And, as such, gold is at the center of our thinking as a store of value during a period of potentially large and persistent global portfolio shifts. The temptation to directly, or indirectly, monetize rising and persistent fiscal deficits globally means gold could have a bid for the forseeable future...

The dynamics of the gold market differ greatly from other traditional commodity markets. Gold is accumulated, not consumed, and acts as the ultimate store of value. Gold is portable and universally accepted as a medium of exchange and has been for over 5,000 years. It has outlasted countless governments, barter systems, fiat money structures and the ascendance of other metals and minerals. The worth ascribed to gold involves the belief that it can be reliably saved and stored, while having predictable value over time. When a currency is viewed as stable, money can serve as a store of value. However, during times of overt monetization, hyperinflation, or when questions arise about the stability of the banking system, gold prevails as a more reliable store of value. Gold has an economic value even in the worst of times.

These somewhat esoteric descriptions of gold's value do not help in evaluating if gold is cheap or expensive at any given moment. In order to determine if gold is a wise investment, we have looked at gold in relation to a number of variables... as compared to the long-run average, gold appears to be cheap... In our view, gold's value should increase as its scarcity relative to printed currencies increases...

Aside from valuation, we feel it is important to view gold in terms of supply and demand... Despite a three-fold increase in worldwide metal exploration expenditures, new mine production has remained stagnant at 80 million troy ounces over the last decade... As a result, any incremental demand for gold must be met through sales from current owners. They just aren't making that much of it anymore...

On the demand side, much of the recent move to record prices in gold reflects continued strong investment demand for physical gold in the face of heightened macro uncertainty and unprecedented, globally-coordinated monetary stimulus. The historical drivers of investment demand for gold seem to have simultaneously come together in 2009 and, in our opinion, will continue to stimulate high levels of demand on a sustained basis going forward...

Another fundamental change in demand for gold is the shift of the official sector from a net seller to a net buyer. During the second half of 2009, the official sector will become a net buyer of gold. This represents a remarkable change of direction... and reflects the fact that there is a lack of appetite to sell among major bullion holders within the [Central Bank Gold Agreement members]. More importantly, there is huge potential for more buy-side interest to emerge from central banks... 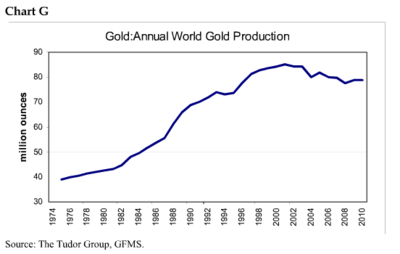 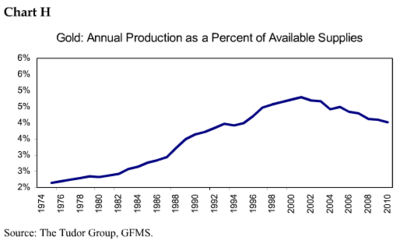 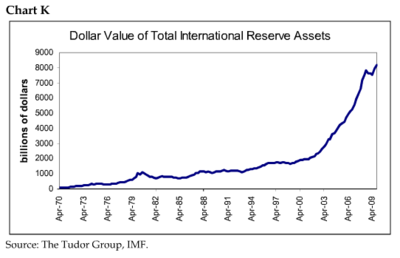 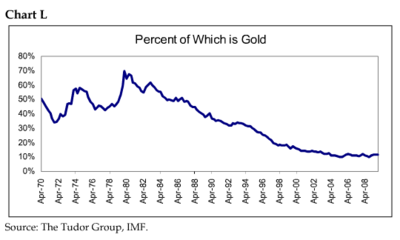 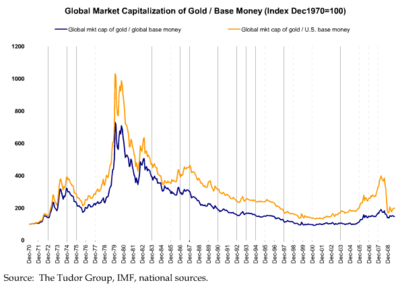 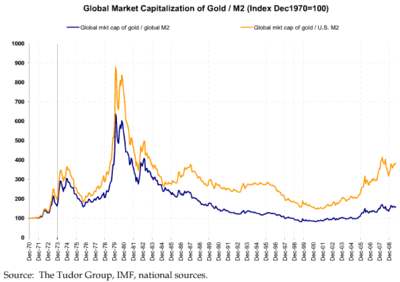 Jones' prediction that non-G7 banks will push up the demand for gold has already come true:

China has quietly almost doubled its gold reserves to become the world’s fifth-biggest holder of the precious metal, it emerged on Friday, in a move that signals the revival of bullion after years of fading importance...

The increase in China’s gold reserves has come primarily from domestic production and refining...

Ahead of the G20 summit in London this month, China suggested global reliance on the US dollar as a reserve currency should be reduced.

For those that think that gold is an anachronism, or that gold helped cause the Great Depression: * Why are G-7 reserve holdings of gold still at 35% if academics (of which central bankers and the IMF are surely constituted) shun gold? * Why are G-20 countries massively increasing reserve holdings of gold? * Why did we still have this massive recession even with a fiat currency? And of course, the assumption is that the fiat currency has allowed us to avoid further calamity... based on many non-mainstream economists, this still needs to play out, and may not be true in just a few years. If so, that certainly couldn't be blamed on gold.

Although the role of gold in the world economy has declined over the last century, people are still intrigued by the power, mystery, and brilliance associated with the metal. Today, gold is no longer commonly used as money but continues to serve as an important store of value. When people are worried about political instability, war, or inflation, they often put their savings into gold.

The gold bullion in the Federal Reserve Bank of New York’s vault is part of the monetary reserves of foreign governments, central banks, and official international organizations around the world.

The first thing we should point out is that it is almost impossible to economically or commercially obtain absolutely pure gold. 24 carat gold would be absolutely pure. Before electrolytic refining, highly refined gold was usually .9995 pure (99.95%). If we convert this to carats, it would be 23.988 carats.

The only size bar normally used in major international markets is the London Good Delivery Bar, which... is 400 ounces or 12.5 kilograms. Most gold stored by central banks is in this form. 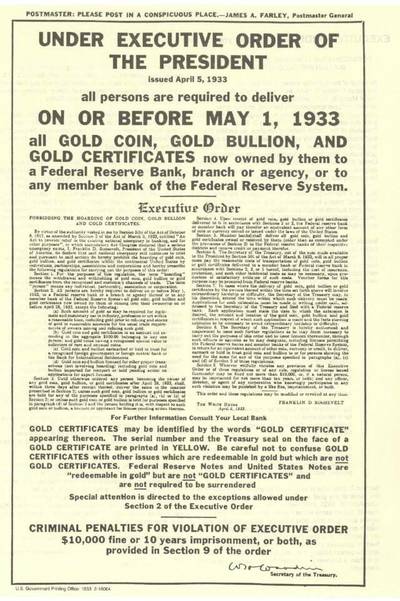