The question still boils down to an empirical one: Which policy will save the largest number of lives? This book attempts to measure the trade-off for guns. Without a doubt, both "bad" and "good" uses of guns occur. The question isn't really whether both occur; it is, rather: Which is more important? In general, do concealed handguns save or cost lives? Even a devoted believer in deterrence cannot answer this question without examining the data, because these two different effects clearly exist, and they work in opposite directions.

National crimes rates have been falling at the same time as gun ownership has been rising. Likewise, states experiencing the greatest reductions in crime are also the ones with the fastest growing percentages of gun ownership. Of all the methods studied so far by economists, the carrying of concealed handguns appears to be the most cost-effective method for reducing crime. Accident and suicide rates were unaltered by the presence of concealed handguns.

While the previous editions involved the largest studies of crime at the time, even more data are now available, and many more states have adopted right-to-carry laws. There are certain points that are beyond dispute:

Refereed academic journal articles by economists and criminologists continue to show estimates that range from indicating large benefits from right-to-carry laws to claiming to show no change in crime rates. Yet, even those studies that claim that there is no benefit provide more evidence of benefits than no effect and much more evidence of benefits than costs. At some point the risk of gun-free zones is going to have to be seriously discussed. Whether one looks at city or county gun bans or even smaller gun bans involving malls or schools, bans increase violence and murder. 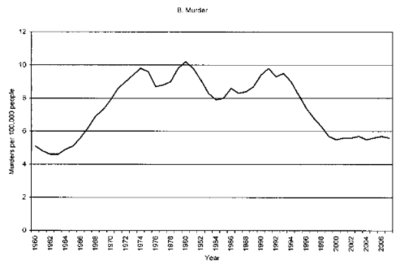 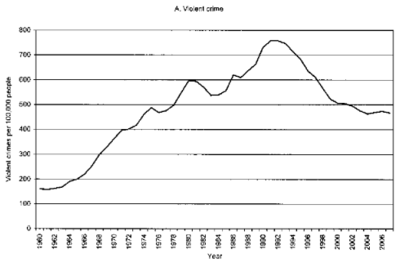 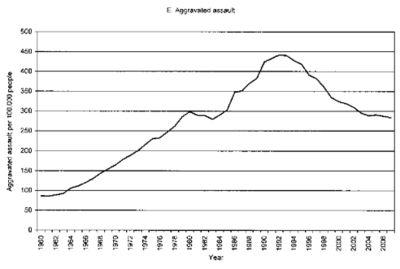 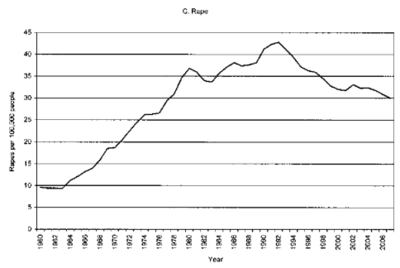 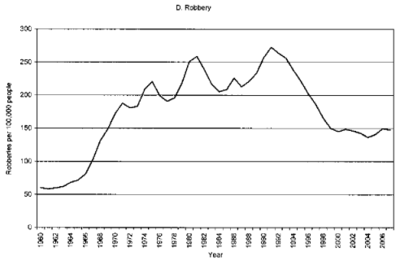 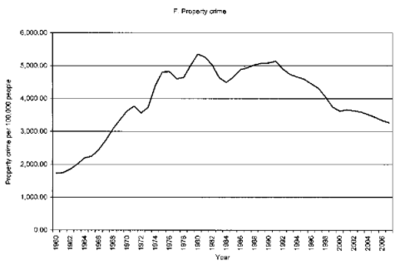 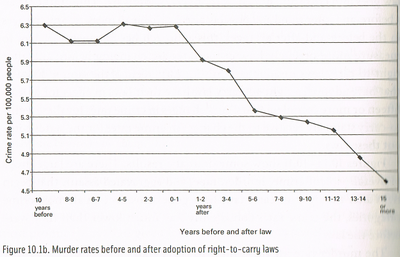 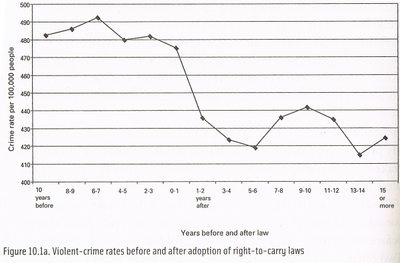 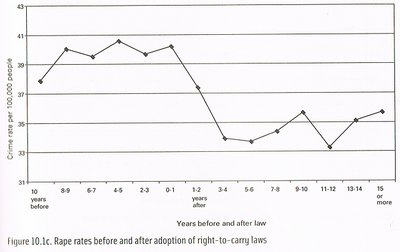 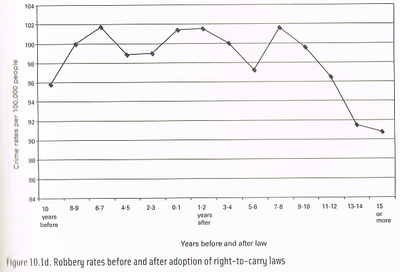 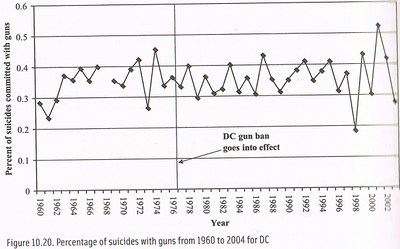 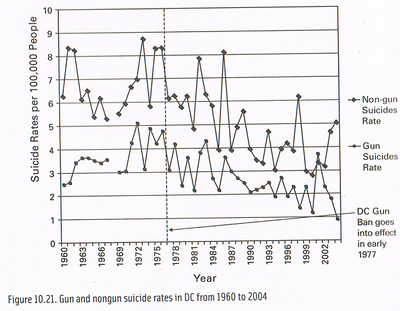 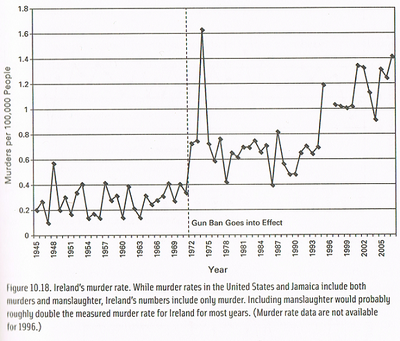 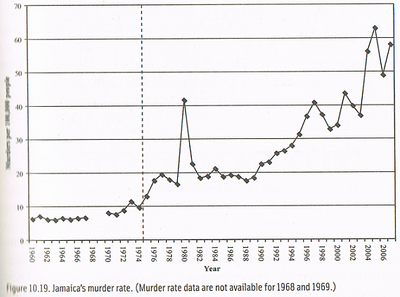 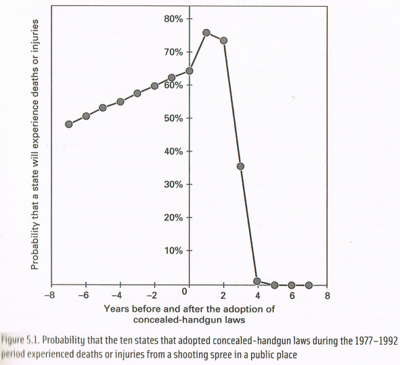 Guns also appear to be the great equalizer among the sexes. Murder rates decline when either more women or more men carry concealed handguns, but the effect is especially pronounced for women. One additional woman carrying a concealed handgun reduces the murder rate for women by about 3-4 times more than one additional man carrying a concealed handgun. Over the last decade, gun ownership has been growing for virtually all demographic groups, though the fastest growing group of gun owners is Republican women, thirty to forty-four years of age, who live in rural areas.

There were other surprises as well. While the support for the strictest gun-control laws is usually strongest in large cities, the largest drops in violent crime from legalized concealed handguns occurred in the most urban counties with the greatest populations and the highest crime rates.

Furthermore, I find no crime-reduction benefits from state-mandated waiting periods and background checks before allowing people to purchase guns. At the federal level, the Brady law has proven to be no more effective. Surprisingly, there is also little benefit from training requirements or age restrictions for concealed-handgun permits.

In 2006 there were a total of 642 accidental firearm deaths in the entire country. A relatively small portion of these involved children under age ten: 13 deaths involved children up to four years of age and 18 more deaths involved five- to nine-year-olds. In comparison, 1,305 children died in motor-vehicle crashes and another 392 died when they were struck by motor vehicles, 651 died from drowning, and 348 were killed by fire and burns. Almost three times as many children drown in bathtubs each year than die from all types of firearm accidents.

The U.S. Department of Justice's National Crime Victimization Survey reports that each year there are "only" 110,000 defensive uses of guns during assaults, robberies, and household burglaries... Fifteen national polls... imply that there are 760,000 defensive handgun uses to 3.6 million defensive gun uses of any type of gun per year. Yet even if these estimates are wrong by a very large factor, they still suggest that defensive gun use is extremely common.

The most commonly raised concerns involved fears that armed citizens would attack each other in the heat of the moment following car accidents or accidentally shoot a police officer. The evidence shows that such fears are unfounded: although thirty-one states had so-called nondiscretionary concealed handgun laws when this book was first written, some of them decades old, there existed only one recorded incident of a permitted, concealed handgun being used in a shooting following a traffic accident, and that involved self-defense. No permit holder has ever shot a police officer, and there have been cases where permit holders have used their guns to save officers' lives.

A 2005 mail survey of twenty-two thousand chiefs of police and sheriffs conducted by the National Association of Chiefs of Police found that 92 percent believed that law-abiding citizens should continue to be able to purchase guns for self-defense. Sixty percent thought that a national concealed-handgun permit law will "reduce rates of violent crime."

A recent national polling by Zogby International (July 2009)... found that 83 percent supported "laws that allow residents to carry firearms to protect themselves," while only 11 opposed them.

In the entire United States during a year, only about 30 people are accidentally killed by private citizens who mistakenly believe the victim to be an intruder. By comparison, police accidentally kill as many as 330 innocent individuals annually.

Criminals are motivated by self-preservation, and handguns can therefore be a deterrent. Convicted American felons reveal in surveys that they are much more worried about armed victims than about running into the police.

A national survey that I conducted during 2002 indicates that about 95 percent of the time that people use guns defensively, they merely have to brandish a weapon to break off an attack... While resistance is generally associated with higher probabilities of serious injury to the victim, not all types of resistance are equally risky. By examining the data provided from 1979 to 1987 by the Department of Justice's National Crime Victimization Survey, Lawrence Southwick, confirming earlier estimates by Gary Kleck, found that the probability of serious injury from an attack is 2.5 times greater for women offering no resistance than for women resisting with a gun. In contrast, the probability of women being seriously injured was almost 4 times greater when resisting without a gun. Men also fare better with guns, but the benefits are substantially smaller. Male victims, like females, also run the greatest risk when they resist without a gun... In other words, the best advice is to resist with a gun, but if no gun is available, it is better to offer no resistance than to fight.