The main argument for the use of the atom bombs was that Japan would not surrender until the Allies invaded and controlled the Japanese mainland. Army Chief of Staff General George Marshall and his Army planners advised President Truman that the cost of the invasion of Japan may be anywhere from 250,000 to 1 million U.S. soldiers [cia.gov]. The CIA analysis reports that although Marshall told the president of the 250,000 minimum number, it is possible he did not mention the million upper bound. The 250,000 total estimates "were consistent with estimates made at the same time by the staffs of MacArthur and Nimitz" and the Joint War Plans Committee [cia.gov].

The main argument is that the atomic bombings would end the war with less casualties.

The counter-argument to this claim can be found in the official postmortem account of the U.S. military operations of the European and Pacific conflicts. First, what was the United States Strategic Bombing Survey?

The United States Strategic Bombing Survey was established by the Secretary of War on 3 November 1944... established for the purpose of conducting an impartial and expert study of the effects of our aerial attack on Germany, to be used in connection with air attacks on Japan and to establish a basis for evaluating air power as an instrument of military strategy, for planning the future development of the United States armed forces, and for determining future economic policies with respect to the national defense. A summary report and some 200 supporting reports containing the findings of the Survey in Germany have been published. On 15 August 1945, President Truman requested the Survey to conduct a similar study of the effects of all types of air attack in the war against Japan.

The Survey's complement provided for 300 civilians, 350 officers, and 500 enlisted men. Sixty percent of the military segment of the organization for the Japanese study was drawn from the Army, and 40 percent from the Navy. Both the Army and the Navy gave the Survey all possible assistance in the form of men, supplies, transport, and information. The Survey operated from headquarters in Tokyo, with subheadquarters in Nagoya, Osaka, Hiroshima, and Nagasaki, and with mobile teams operating in other parts of Japan, the islands of the Pacific, and the Asiatic mainland.

The Survey secured the principal surviving Japanese records and interrogated top Army and Navy officers, Government officials, industrialists, political leaders, and many hundreds of their subordinates throughout Japan. It was thus possible to reconstruct much of wartime Japanese military planning and execution, engagement by engagement and campaign by campaign, and to secure reasonably accurate data on Japan's economy and war production, plant by plant, and industry by industry. In addition, studies were made of Japan's over-all strategic plans and the background of her entry into the war, the internal discussions and negotiations leading to her acceptance of unconditional surrender, the course of health and morale among the civilian population, the effectiveness of the Japanese civilian defense organization and the effects of the atomic bomb.

Based on a detailed investigation of all the facts, and supported by the testimony of the surviving Japanese leaders involved, it is the Survey's opinion that certainly prior to 31 December 1945, and in all probability prior to 1 November 1945, Japan would have surrendered even if the atomic bombs had not been dropped, even if Russia had not entered the war, and even if no invasion had been planned or contemplated.

The first definitive break in the political coalition which began the war occurred following our success at Saipan. Ten days thereafter, on 16 July 1944, the cabinet headed by General Tojo fell. This significant turn in the course of Japan's wartime politics was not merely the result of an immediate crisis. Even at that date, elements opposing continuation of the war had found means of applying pressure against the fanatic exponents of Japan's militaristic clique...

Rear Admiral Takagi of the Navy General Staff made a study between 20 September 1943 and February 1944, of the war's battle lessons up to that time. Based on analysis of air, fleet and merchant ship losses, Japan's inability to import essential materials for production, and the potentiality of air attacks on the home islands, Takagi concluded that Japan could not win and should seek a compromise peace . His study and a similar one made by Sakomizu of the Cabinet Planning Board documented the fears of the Jushin, and through them of Marquis Kido, that all was not well with Tojo's prosecution of the war. With the loss of Saipan, it was possible to build up sufficient pressure to force Tojo's retirement...

The conviction and strength of the peace party was increased by the continuing Japanese military defeats, and by Japan's helplessness in defending itself against the ever-growing weight of air attack on the home islands...

Early in May 1945, the Supreme War Direction Council began active discussion of ways and means to end the war, and talks were initiated with Soviet Russia seeking her intercession as mediator. The talks by the Japanese ambassador in Moscow and with the Soviet ambassador in Tokyo did not make progress. On 20 June the Emperor, on his own initiative, called the six members of the Supreme War Direction Council to a conference and said it was necessary to have a plan to close the war at once, as well as a plan to defend the home islands. The timing of the Potsdam Conference interfered with a plan to send Prince Konoye to Moscow as a special emissary with instructions from the cabinet to negotiate for peace on terms less than unconditional surrender, but with private instructions from the Emperor to secure peace at any price. Although the Supreme War Direction Council, in its deliberations on the Potsdam Declaration, was agreed on the advisability of ending the war, three of its members, the Prime Minister, the Foreign Minister and the Navy Minister, were prepared to accept unconditional surrender, while the other three, the Army Minister, and the Chiefs of Staff of both services, favored continued resistance unless certain mitigating conditions were obtained...

The public admission of defeat by the responsible Japanese leaders, which constituted the political objective of the United States offensive begun in 1943, was thus secured prior to invasion and while Japan was still possessed of some 2,000,000 troops and over 9,000 planes in the home islands. Military defeats in the air, at sea and on the land, destruction of shipping by submarines and by air, and direct air attack with conventional as well as atomic bombs, all contributed to this accomplishment.

There is little point in attempting precisely to impute Japan's unconditional surrender to any one of the numerous causes which jointly and cumulatively were responsible for Japan's disaster. The time lapse between military impotence and political acceptance of the inevitable might have been shorter had the political structure of Japan permitted a more rapid and decisive determination of national policies. Nevertheless, it seems clear that, even without the atomic bombing attacks, air supremacy over Japan could have exerted sufficient pressure to bring about unconditional surrender and obviate the need for invasion.

General Douglas MacArthur, Commander of US Army forces in the Pacific:

My staff was unanimous in believing that Japan was on the point of collapse and surrender. I even directed that plans be drawn up for a possible peaceful occupation without further military operations.

The war would have been over in two weeks without the Russians entering and without the atomic bomb.

It was agreed that psychological factors in the target selection were of great importance. Two aspects of this are (1) obtaining the greatest psychological effect against Japan and (2) making the initial use sufficiently spectacular for the importance of the weapon to be internationally recognized when publicity on it is released...

It was agreed that for the initial use of the weapon any small and strictly military objective should be located in a much larger area subject to blast damage in order to avoid undue risks of the weapon being lost due to bad placing of the bomb. 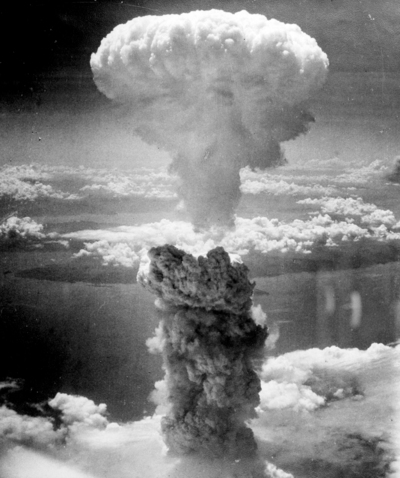 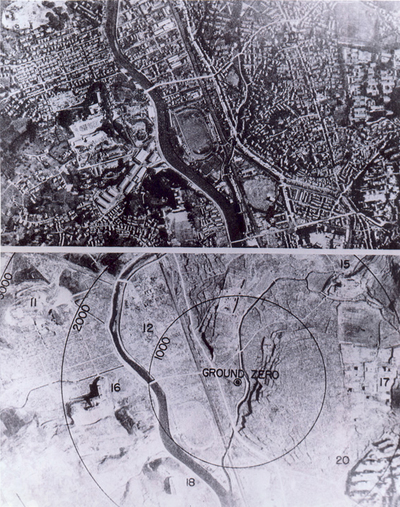 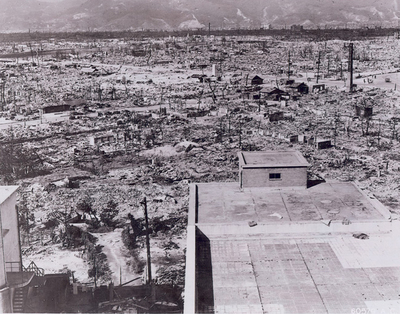 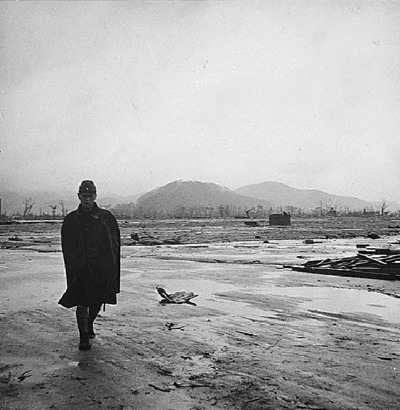 As the United States dropped its atomic bombs on Hiroshima and Nagasaki in August 1945, 1.6 million Soviet troops launched a surprise attack on the Japanese army occupying eastern Asia. Within days, Emperor Hirohito's million-man army in the region had collapsed.

It was a momentous turn on the Pacific battleground of World War II, yet one that would be largely eclipsed in the history books by the atomic bombs dropped on Hiroshima and Nagasaki in the same week 65 years ago. But in recent years some historians have argued that the Soviet action served as effectively as — or possibly more than — the A-bombs in ending the war.

Now a new history by a professor at University of California, Santa Barbara seeks to reinforce that view, arguing that fear of Soviet invasion persuaded the Japanese to opt for surrender to the Americans, who they believed would treat them more generously than the Soviets.