I'm telling you Congressman, I don't believe we'll have an inflation problem in terms of consumer prices. If that turns out to be wrong, then I'll concede that.

Economic medicine that was previously meted out by the cupful has recently been dispensed by the barrel. These once-unthinkable dosages will almost certainly bring on unwelcome aftereffects. Their precise nature is anyone’s guess, though one likely consequence is an onslaught of inflation. 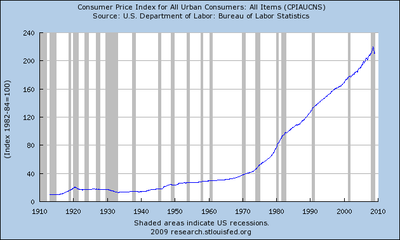