The quantitative aspirations of economists and financial analysts have for many years been based on the belief that it should be possible to build models of economic systems—and financial markets in particular—that are as predictive as those in physics. While this perspective has led to a number of important breakthroughs in economics, “physics envy” has also created a false sense of mathematical precision in some cases.

The fact that economics is still dominated by a single paradigm is a testament to the extraordinary achievements of one individual: Paul A. Samuelson. In 1947, Samuelson published his Ph.D. thesis titled Foundations of Economics Analysis, which might have seemed presumptuous—especially coming from a Ph.D. candidate—were it not for the fact that it did, indeed, become the foundations of modern economic analysis. In contrast to much of the extant economic literature of the time, which was often based on relatively informal discourse and diagrammatic exposition, Samuelson developed a formal mathematical framework for economic analysis that could be applied to a number of seemingly unrelated contexts.

Samuelson was also instrumental in the birth of modern financial economics (see Samuelson, 2009), and—together with his Nobel-prize-winning protege Robert C. Merton—created much of what is now known as “financial engineering”, as well as the analytical foundations of at least three multi-trillion-dollar industries (exchange-traded options markets, over-the-counter derivatives and structured products, and credit derivatives).

The degree of physics envy among economists is more obvious when we compare economics with the closely related field of psychology. Both disciplines focus on human behavior, so one would expect them to have developed along very similar ideological and methodological trajectories. Instead, they have developed radically different cultures, approaching human behavior in vastly different ways, [the former mathematical, the latter experimental]. 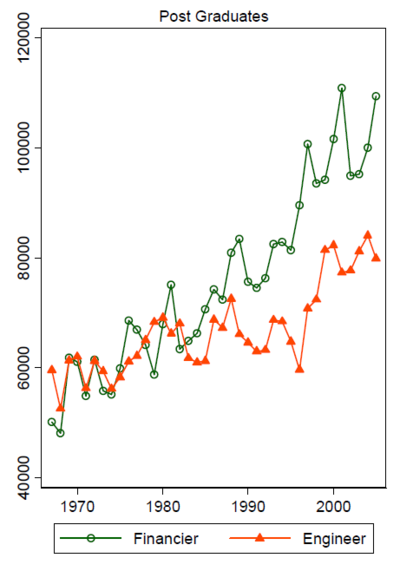