The Great Depression of the 1930s

The Great Depression of the 1930s 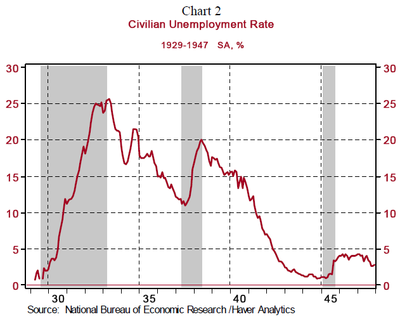 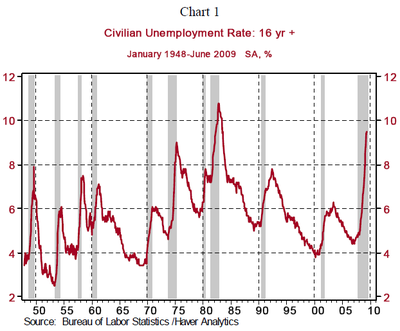 What was the high of the unemployment rate in the Great Depression?, Northern Trust Financial Services, Daily Global Commentary, July 7, 2009, http://www.northerntrust.com/popups/popupnoprint.html?http://web-xp2a-pws.ntrs.com/content//media/attachment/data/econresearch/0907/document/dd070709.pdf.

The chief impact of the Great Depression on American thought was universal acceptance of the view that “laissez-faire capitalism” was to blame. The common opinion—among economists and the lay public alike—holds that “Unreconstructed Capitalism” prevailed during the 1920s, and that the tragic depression shows that old-fashioned laissez-faire can work no longer. It had always brought instability and depression during the nineteenth century; but now it was getting worse and becoming absolutely intolerable. The government must step in to stabilize the economy and iron out the business cycle.

Yet there is another and conflicting tradition of economic thought—now acknowledged by only a few economists, and by almost none of the public. This view holds that business cycles and depressions stem from disturbances generated in the market by monetary intervention. The monetary theory holds that money and credit-expansion, launched by the banking system, causes booms and busts. This doctrine was first advanced, in rudimentary form, by the Currency School of British classical economists in the early nineteenth century, and then fully developed by Ludwig von Mises and his followers in the twentieth. Although widely popular in early-nineteenth-century America and Britain, the Currency School thesis has been read out of business cycle theory and relegated to another compartment: “international trade theory.” Nowadays, the monetary theory, when acknowledged at all, is scoffed at as oversimplified. And yet, neither simplicity nor singlecause explanation is a defect per se in science; on the contrary, other things being equal, science will prefer the simpler to the more complex explanation. And science is always searching for a unified “single cause” explanation of complex phenomena, and rejoices when it can be found. If a theory is incorrect, it must be combatted on its demerits only; it must not be simply accused of being monocausal or of relying on causes external to the free market.

A History of Money and Banking in the United States: The Colonial Era to World War II, Murray Rothbard, http://mises.org/books/historyofmoney.pdf.

United States Department of the Treasury, Bureau of the Public Debt, http://www.publicdebt.treas.gov/history/world_wars.htm.

1837... Andrew Jackson, the seventh president of the United States, was suspicious of banks and did not trust the paper money they issued. In 1837, he liquidated the Second Bank of the United States, returning the government’s original investment plus a profit. This resulted in a huge government surplus of funds. (In 1835, the $17.9 million budget surplus was greater than the total government expenses for that year.) By January of 1835, for the first and only time, all of the government’s interest-bearing debt was paid off.

United States Department of the Treasury, Bureau of the Public Debt, http://www.publicdebt.treas.gov/history/1800.htm.