The Improving State of the World

The Improving State of the World

Since Malthus wrote his Essay on Population two centuries ago, the average person's life span has more than doubled. He is better educated and wealthier. She is freer to choose her rulers and express her views. He is more likely to live under the rule of law and is less fearful of being arbitrarily deprived of life, limb, freedom, property, wealth, and other basic human rights. Her professional, social, and physical mobility, while still limited in many places, is less likely to be circumscribed by caste, class, location, or other accidents of birth. Not only is work less physically demanding, he works fewer hours, earns more, and has more leisure time at his disposal.

The proximate causes for the improvements in the human condition... are the forces of technological change and economic growth, supplemented by trade in products, ideas, and technologies associated with those forces.

Virtually every indicator of human welfare also improves with wealth, as do the environmental indicators that we know to have the greatest bearing on public health... In the United States, this upward march has been in progress at least since the 1880s... Pollution levels did not keep pace with the growth in population or consumption of energy, other natural resources, and chemicals... Despite a 100-fold increase in organic chemical usage, public health has continued to improve... The inverse trends between chemical usage and public health is consistent with the notion that new technology does not, in fact, make matters worse. If anything, it replaces worse risks with risks that are not so bad... In fact, the air and water quality in the United States and the world's rich nations are better today than they have been in decades. The increase in their agricultural productivity has allowed them to reestablish forests and set habitat aside... As the cases of the Clean Air Act of 1970, Clean Water Act of 1972, and Safe Drinking Water Act of 1974 show, much of the improvements in the United States for the air and water quality indicators examined in chapter 6 preceded the enactment of stringent national environmental laws.

Although many of today's developing countries haven't been on the cycle of progress for long, Human Development Indices in their urban areas exceed those in rural areas. This might seem counterfactual to many casual observers given the obvious- and very visible- squalor and pollution in the cities of developing countries such as Mexico City; Teheran, Iran; and New Delhi, India... Because rural areas are generally poorer, they lack access to many of the technologies that have improved human well-being in urban areas... The case of sanitary reform in India also hints at the importance of economic growth... Sanitary reform came to India in 1870, well before it was introduced in Italy in 1890... However, even now, large portions of the Indian population lack access to sanitation. Clearly, neither technology transfer nor knowledge of a technology's potential is sufficient to stimulate technological change. 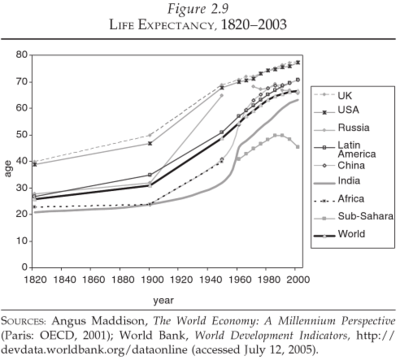 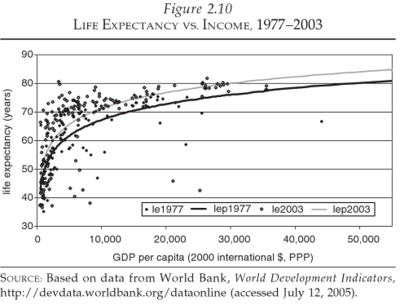 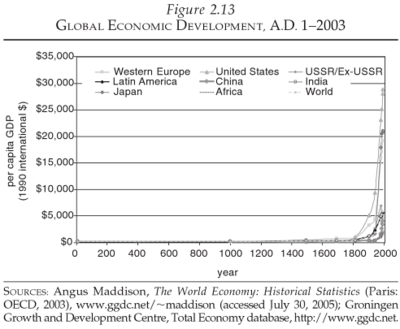 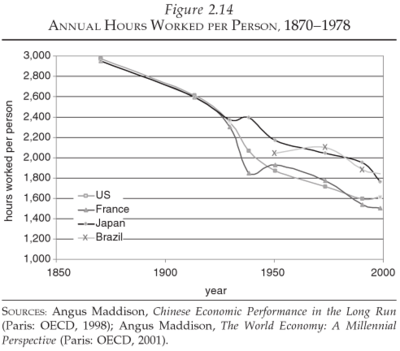 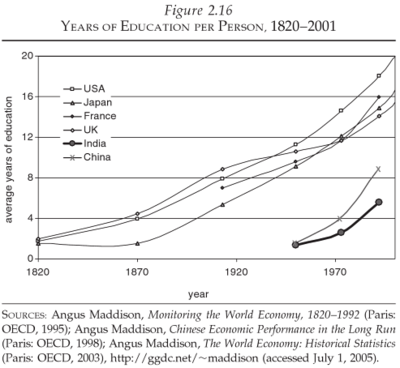 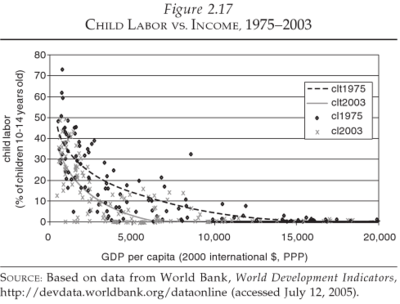 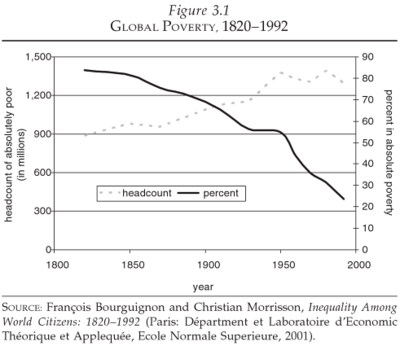 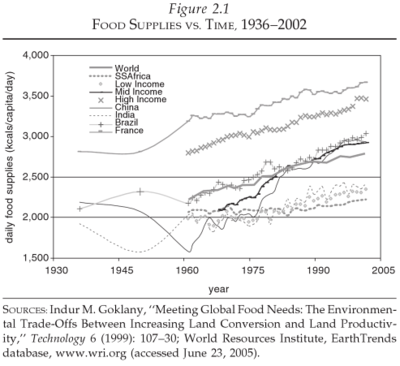 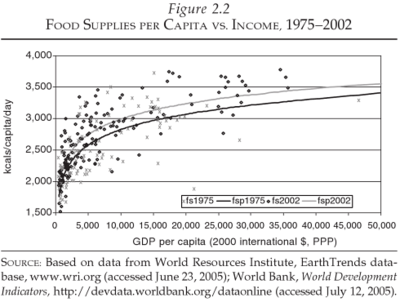 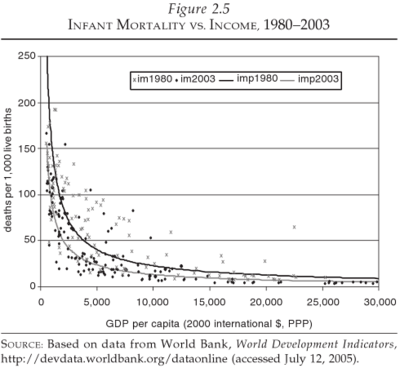 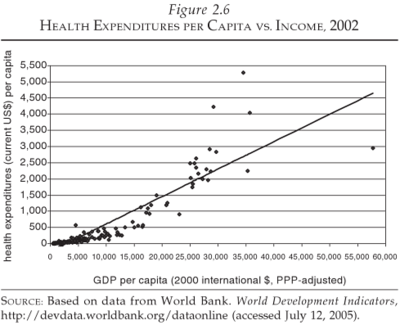 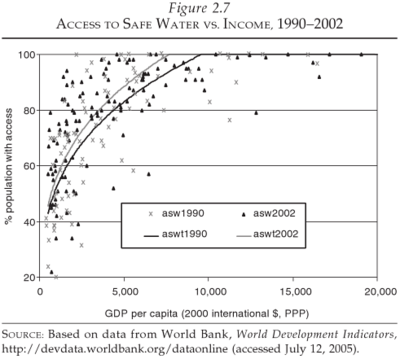 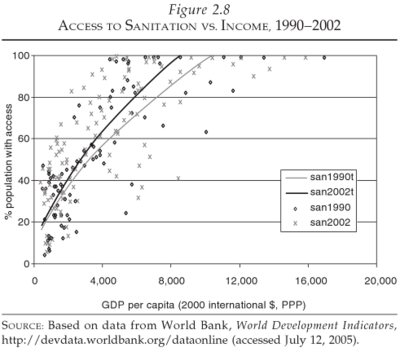 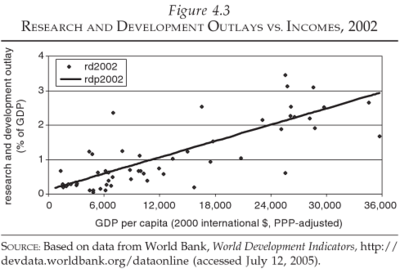 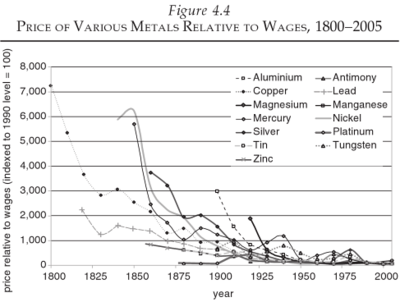 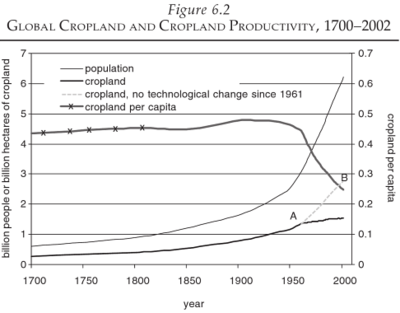 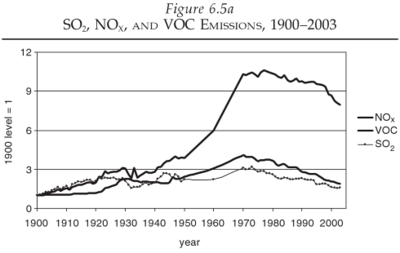 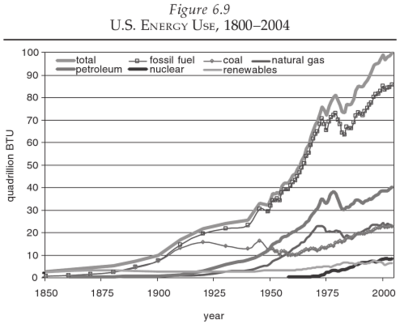 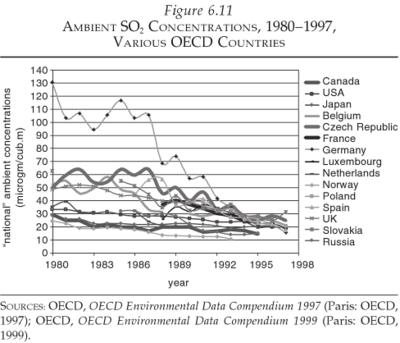 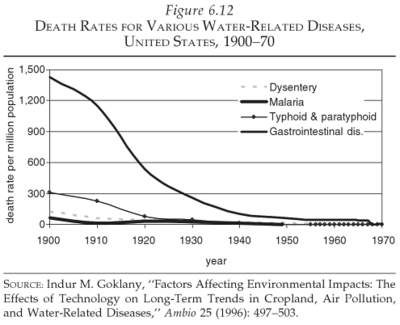 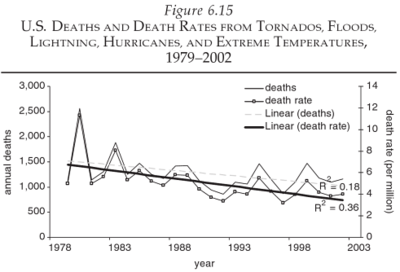 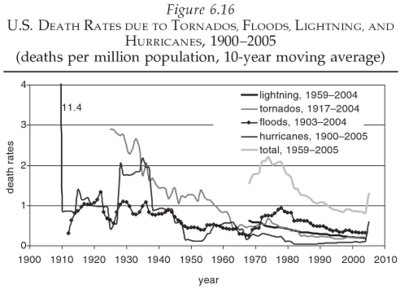 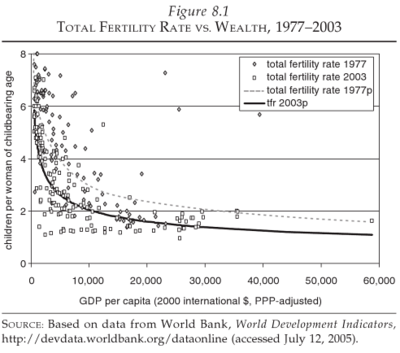