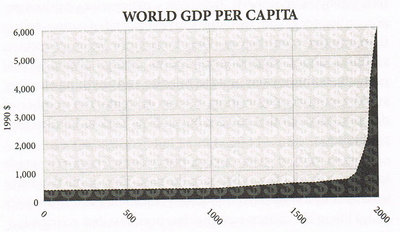 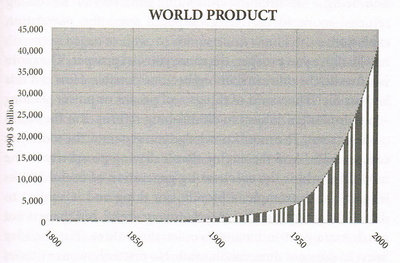 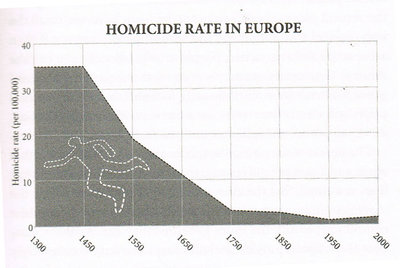 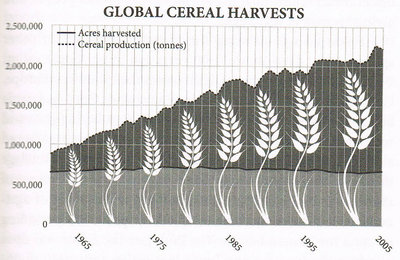 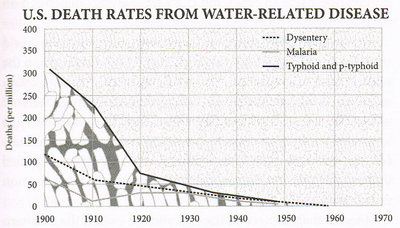 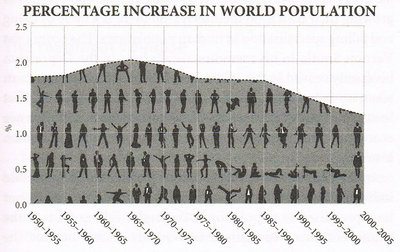 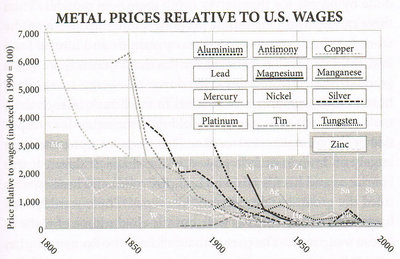 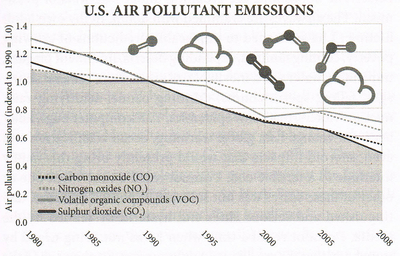 I have presented the case for sunny optimism. I have argued that now that the world is networked, and ideas are having sex with each other more promiscuously than ever, the pace of innovation will redouble and economic evolution will raise the living standards of the twenty-first century to unimagined heights, helping even the poorest people of the world to afford to meet their desires as well as their needs. I have argued that although such optimism is distinctly unfashionable, history suggests it is actually a more realistic attitude than apocalyptic pessimism. ‘It is the long ascent of the past that gives the lie to our despair,' said H.G. Wells.

These are great sins against conventional wisdom. Worse, they may even leave the impression of callous indifference to the fact that a billion people have not enough to eat, that a billion lack access to clean water, that a billion are illiterate. The opposite is true... It is precisely this 'evitable' misery that is the reason for pressing on urgently with economic progress, innovation and change, the only known way of bringing the benefits of a rising living standard to many more people. It is precisely because there is so much poverty, hunger and illness that the world must be very careful not to get in the way of the things that have bettered so many lives already -- the tools of trade, technology and trust, of specialisation and exchange. It is precisely because there is still so much further to go that those who offer counsels of despair or calls to slow down in the face of looming environmental disaster may be not only factually but morally wrong...

Take the twelfth century as an example of how close the world once came to turning its back on the catallaxy. In one fifty-year period, between 1100 and 1150, three great nations shut down innovation, enterprise and freedom all at once. In Baghdad, the religious teacher Al-Ghazali almost single-handedly destroyed the tradition of rational enquiry in the Arab world and led a return to mysticism intolerant of new thinking. In Peking, Su-Sung's astronomical clock, the 'cosmic engine', probably the most sophisticated mechanical device ever built to that date, was destroyed by a politician suspicious of novelty and reason, setting the tone for the retreat to autarky and tradition that would be China's fate for centuries to come. In Paris, St. Bernard of Clairvaux persecuted the scholar Peter Abelard, criticised the rational renaissance centred on the University of Paris and supported the disastrous fanaticism of the second crusade. Fortunately, the flames of free thought and reason and catallaxy were kept burning -- in Italy and North Africa, especially...

The wrong kind of chiefs, priests and thieves could yet snuff out future prosperity on Earth. Already lords don boiler suits to destroy genetically modified crops, presidents scheme to prevent stem-cell research, prime ministers trample on habeas corpus using the excuse of terrorism, metastasising bureaucrats interfere with innovation on behalf of reactionary pressure groups, superstitious creationists stop the teaching of good science, air-headed celebrities rail against free trade, mullahs inveigh against the empowerment of women, earnest princes lament the loss of old ways and pious bishops regret the coarsening effects of commerce. So far they are all sufficiently localised in their effects to achieve no more than limited pauses... but could one of them go global?

I doubt it. It will be hard to snuff out the flame of innovation, because it is such an evolutionary, bottom-up phenomenon in such a networked world... So long as human exchange and specialisation are allowed to thrive somewhere, then culture evolves whether leaders help it or hinder it, and the result is that prosperity spreads, technology progresses, poverty declines, disease retreats, fecundity falls, happiness increases, violence atrophies, freedom grows, knowledge flourishes, the environment improves and wilderness expands. Said Lord Macaulay, "We see in almost every part of the annals of mankind how the industry of individuals, struggling up against wars, taxes, famines, conflagrations, mischievous prohibitions, and more mischievous protections, creates faster than governments can squander, and repairs whatever invaders can destroy."

Human nature will not change. The same old dramas of aggression and addiction, of infatuation and indoctrination, of charm and harm, will play out, but in an ever more prosperous world... So the human race will continue to expand and enrich its culture, despite setbacks and despite individual people having much the same evolved, unchanging nature. The twenty-first century will be a magnificent time to be alive.

Dare to be an optimist.