According to the U.S. Energy Information Administration, more than half of all energy produced or imported in the United States is lost either in transmission or in conversion. Cars (internal combustion engines) are the worst offenders, with only 20% of the energy (e.g. gasoline) reaching the drive train. 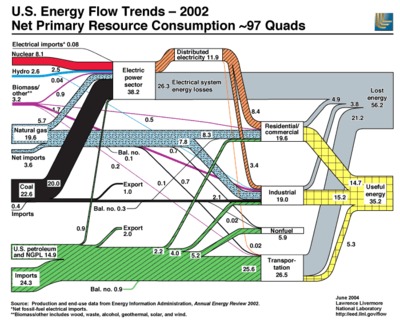 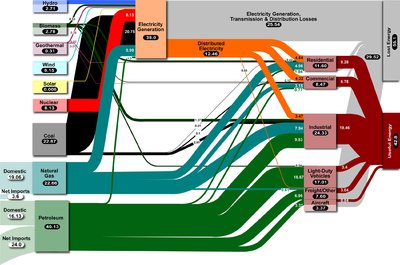 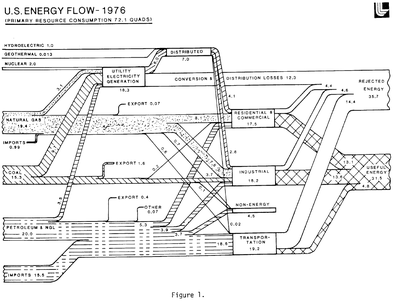 For electricity generation, the electrical system energy losses are assumed by the EIA to be about two-thirds of the energy consumed. In the residential/commercial and industrial sectors, the division between "useful" and "rejected" or "lost" energy depends on assumed efficiencies of conversion processes, based on engineer's estimates for the conversion efficiency of devices such as process heaters and boilers. In the residential/commercial sector, a 75% efficiency is assumed, which is a weighted average between space heating at approximately 60% and electrical motors and other electrical uses at about 90%. For the industrial sector, 80% efficiency is assumed. For transportation, a generous 20% efficiency is assumed, which corresponds to the approximate average efficiency of internal combustion engines as measured on Federal Driving Schedules (i.e., the amount of energy that actually reaches the drive train of a vehicle, compared to the amount of energy consumed.)

The energy content of fuels varies depending on source, fuel type, year of production, and the sector using the fuel. Some conversion factors, useful for estimation, are given below.